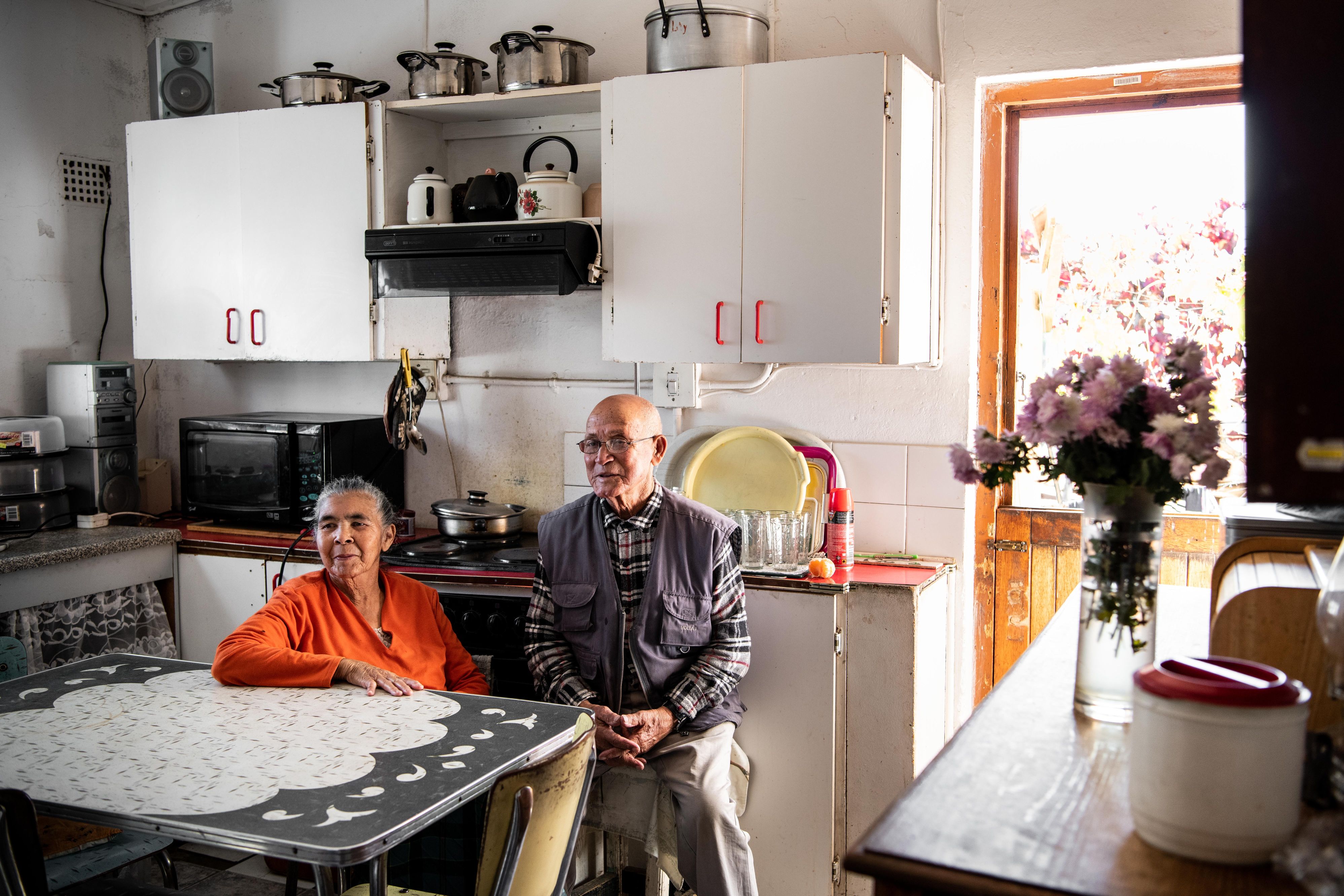 This is an extract from Oom Wil’s interview: 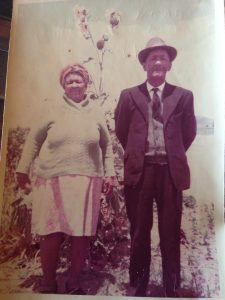 “As a child, in the morning it was my duty to make the fire and get the coffee ready for my father. Sometimes I would smoke out the house on purpose just so that they would stop asking me to make the coffee.

When the town received electricity, Oukloof remained in the dark. It was dark at night but we could walk around. There was the odd person who caught on nonsense but in general there was no crime. During the summer months we moved our mattresses outside and slept in the garden.

I went to school at the Mission Church on the hill. On Sundays we had the church service in the hall and during the week the hall was partitioned for the different grades. We had to work with oil lamps at home and I think that’s why our people’s eyes are so weak today from having to read and do school work under that light.

I finished standard 6 but didn’t study further. My brother, Piet, and I are twins. My father believed that Piet was the clever one, so he was afforded the opportunity to study further while I worked to keep him in school. He went on to become a teacher and later returned to Riebeek Kasteel to teach at the Meiring Primary School. 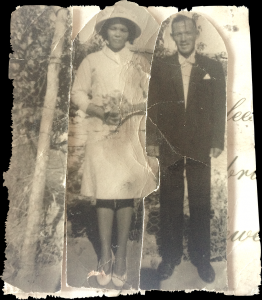 Next to the church between the pine trees was a wooden shed. This is where coloured people were put when they had Tuberculosis. They were cut off from everybody else, almost as if they had leprosy. Nobody was allowed to go near this shed but my teacher always sent us to give the people food or grapes. That’s how we helped each other. Lots of our people got TB. Once there was a woman and her child locked up in the shed. We felt so sorry for the boy. He would just sit there quietly in the dark shed with his mother. When she died he was finally allowed out. Not one white person was ever put in that shed. Now that is the type of systems the white people put in place for us.

As young boys, we spent a lot of time in the bush, catching animals and digging for food. We caught rabbits and if we got a tortoise, it was thrown in a pot of boiling water over a fire until the shell broke. That is how we got to the meat. We also loved tortoise eggs but always left one behind in the nest. By the time we got home our parents could never understand why we weren’t hungry.

As children we worked in the tobacco fields from early morning to late at night. By the time I got home my feet were cracked from walking barefoot on the dry earth all day. When I washed, the water burned the cuts, but the next day I would be back, walking through the dry fields with my sore feet. It was very hard times.

There was one policeman in the town, Mr Miller. If you were in his good books then you didn’t have to worry. He controlled us with an iron fist but he was also somebody who believed in doing the right thing. He didn’t always take the white man’s side but as kids we also saw how he beat the coloured people.

The butchery in the town was the only place where we could buy meat. When we entered the shop, we had to stand dead still. We weren’t allowed to make a sound. The white people could talk but not us.

The black people had it much harder. When the sun set and the church bell rang they had to be out of the town. They were locked up if the police caught them walking around at night. It was the same for us but not as bad. Even though we were in the majority in the town, we had to toe the line and do as the white people said. It was a hard life then but we also had good times. The people in the Oukloof were poor but happy.

Just after I married Lydia my father bought me a house from Juri Lameyer in Oukloof, along Kloof Street. I can’t remember how much it was but I remember the deal was done with a handshake. No paper work. My father gave the money to Lameyer and together they went confirm the sale with the Village Manager. Your relationship had to be good with him otherwise you would get nothing right. My father called him baas [Master] and because of that, everything was good. If you didn’t say baas then you could forget about getting things your way. We paid 10 Shillings in tax every year for the land because it never belonged to us. Only the house was ours. With the move they told us they would demolish the houses because the land belonged to them. The houses meant nothing.

The house we moved into was small with just a room and a kitchen but Lily and I made it our home. It was built from stone and clay, with a corrugated iron roof and an outside toilet. I think if we were living in that tiny house when the earthquake happened [Tulbagh 1967), we probably wouldn’t have been around today.

The first meeting was held at the Mission Church. The principal of the white primary school, Mr Esterhuysen, Andries Smit and Johan Brüwer were there. They came to tell us what was going to happen. Esterhuysen was also the Village Manager at the time. They came and told us that the government had decided that the coloured people had to move. We were not allowed to live close to the white people anymore. This was the government’s decision and it was going to happen. If we refused to move then they would demolish the houses on top of us. It was chaos. They couldn’t even finish talking because the people just started shouting back wanting to know why. People didn’t want to accept. It was a shock for them and in their minds the white people had once again gotten their way.

During the meetings people were promised heaven and earth but the fact remained, nothing would sound nice if you were being forced out of your homes.

They told us the houses would be free and there would be taps inside. There would be flushing toilets but when the people finally moved, it was still the bucket system and the taps were again outside in the road. Nothing was as they said. The people had to pay monthly rental and it was so expensive that many could not afford it so they were kicked out of their new homes. One woman had her belongings put on the street because her husband had died and she didn’t work. She ended up having to move to Hermon to live with her family. The fact was we couldn’t go back to Oukloof because they demolished everything.

Attie van Jaarsveld was the foreman of the Village Management Board at the time of the removals. He used to drive a wagon around town collecting all the [sanitary] buckets from the houses. He would come to the people to tell them when they had to move and brought the wagon to help with the move. The furniture was just thrown onto the wagons and dropped off at the new house before returning for the next load. They didn’t take any care with the furniture. People were only allowed to take furniture and their clothes, nothing else. There was so much of our people’s stuff that was left behind.

The old people cried a lot. It wasn’t nice to see them like this. If I have to think back to those days I could cry. My mother had died by this time and my father decided to move back to Ceres. There were a lot of people who didn’t move to Esterhof for fear of what this place might be.

Our church was demolished. I always wonder what happened to the windows , the furniture, the organ and the generator. All of that stuff was worth something and we never received any compensation. The old white Dutch Reformed Church was made into a museum. Our church could have been a museum if it was still standing.

Esterhof is across the railway tracks and for me these tracks represent the apartheid line between the white town and the coloured town. We have to travel long distances to get to work but the white farmers don’t care because they know the coloured people need the work.”