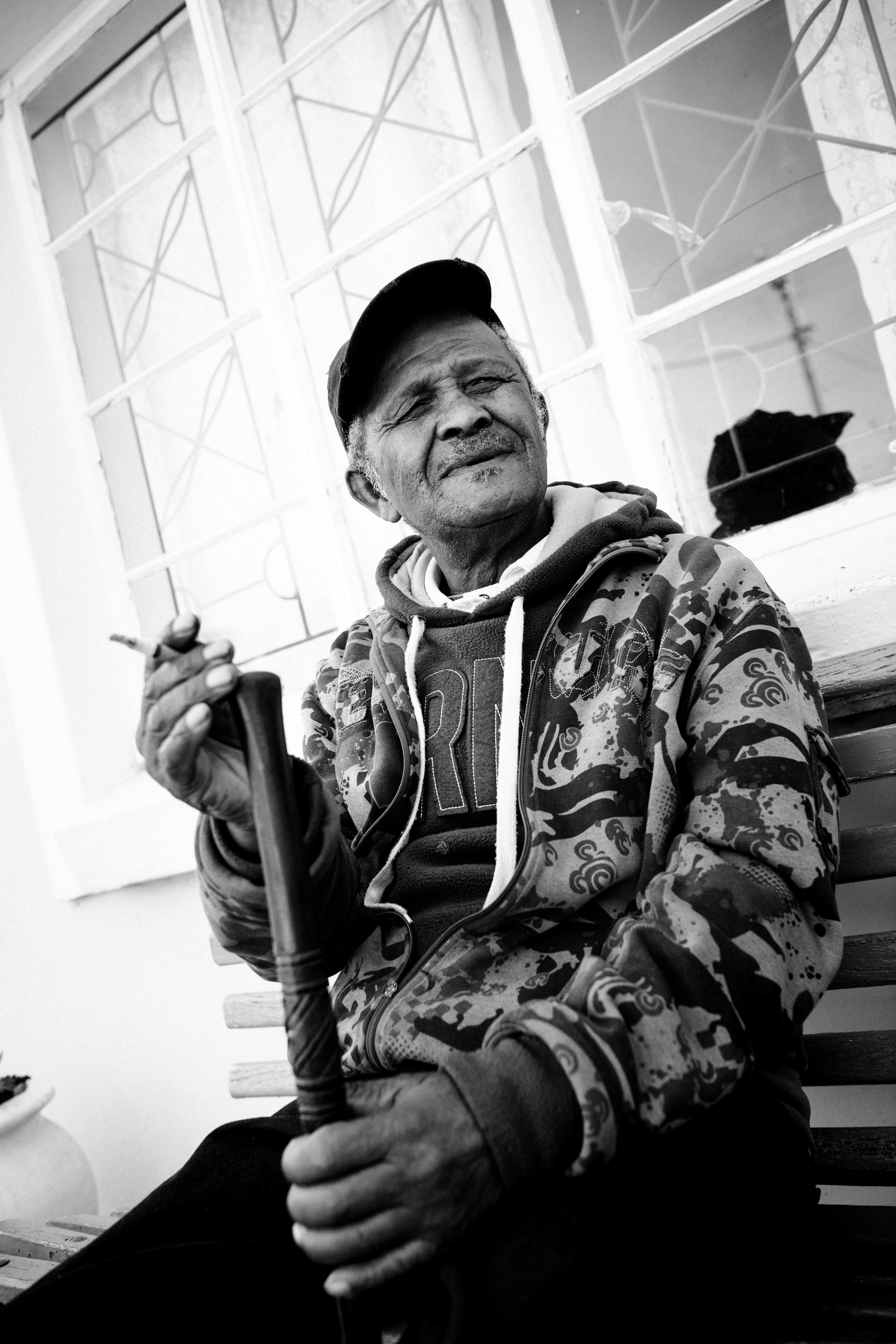 We lived in the white area of Oukloof in Van Riebeeck Street. My family were staunch Christians so every Sunday we were in the church and in the Sunday school. My father farmed with sheep and we had our own fruit trees in our yard. Every year we paid £1,10 in tax for the house. Our house had four rooms with two bedrooms, a lounge and a kitchen. We had a tap on our grounds just outside the kitchen door.

We had a big yard that we used for farming. Hennie Dippenaar had a small piece of land next to his shop and sometimes he allowed my father to move our sheep onto his land for grazing. We were able to care for ourselves. We lived from the garden with our vegetables. We got most of our meat from the animals that we slaughtered. The only things we had to buy was sausage and mince that we bought from butcher and stuff like coffee, flour, rice, sugar, candles and oil which we bought at the shop.

Some people had cows and people would buy milk from them because there was no place to get milk in the town. We made butter using the old buckets with a plank which we used to churn and whip the milk until it became butter. As children we always helped my mother make the butter.

If we had excess of eggs we could exchange it at Dippenaar’s shop for groceries. Most of the stuff was bought like that. When we moved here, we had to leave everything behind. Then we had to buy everything.

We had an oak tree in our yard that I used to climb and shout towards the mountain so that I could hear the echo.

At the beginning the white people didn’t worry much with us. We did our own thing. Then later on they said we were making too much noise, but that wasn’t true. We lived right next to the white area and on a Sunday everything was quiet. Over the weekends, in the evening then there were functions but there was a time when they knew they had to stop.

Everybody was talking amongst each other that we were going to be put out. Nobody could stand up. In those days we had to jump when the white people talked. There was nothing we could do to oppose it. We had to take whatever they offered us and be happy.

My ouma used to cry while she was packing up. She cried a lot because that was their life. My oupa worked on the roads. This Boesmanskloof pass that exists today now was built with a pickaxe. He worked on this pass in his younger years.

We moved all of our house stuff with a tractor and a trailer. The farmers lent their tractors and trailers to help move the coloured people. They were even eager to help us move, for free. Just so that we could get out of there.

People in the Oukloof had big black wood burning stoves where we made a fire on the one side and baked our breads on the other side. We had to leave it behind. Here they installed other small stoves that didn’t really heat the house during winter.