A wealthy white farmer, George J Euvrard Snr (1865 – 1932), offered to donate a portion of his land to the Dutch Reformed Church for the establishment of a coloured Mission station, in order to separate white and coloured living areas in Riebeek Kasteel.

The establishment of a centralised location for coloured people came after a series of grievances from white people in 1916, who complained about having to share communal washing areas with coloured people and wanted to purchase land occupied by coloured residents.

The agreement was that the Dutch Reformed Church would take responsibility for the administration of the new location according to the following guidelines:

The Mission Church from its inception was managed by the white Dutch Reformed Church and the Consistory members who were making all the decisions for the coloured congregation, were mainly white. According to Mission Church minutes from 1921 it becomes clear why it was decided that coloured people should not own land in Oukloof.

“Several members are in favour of a new location on the church land, which was donated by Br. Euvrard, on condition that the erven will be let out instead of sold, in case the Church needs to move it (the location) if needed. Deacon van der Merwe says it’s unfair to only let the erven to those living in town.” 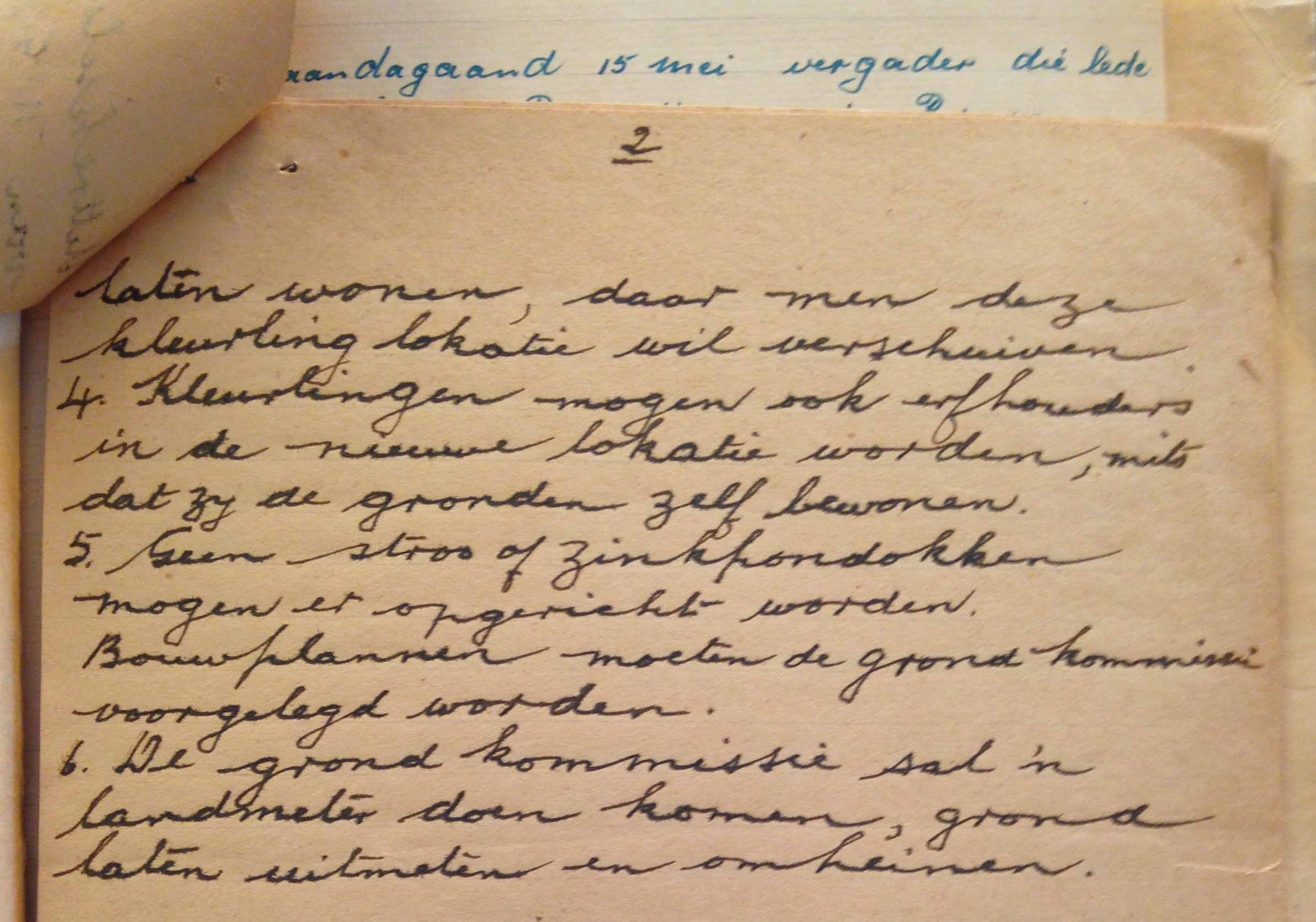